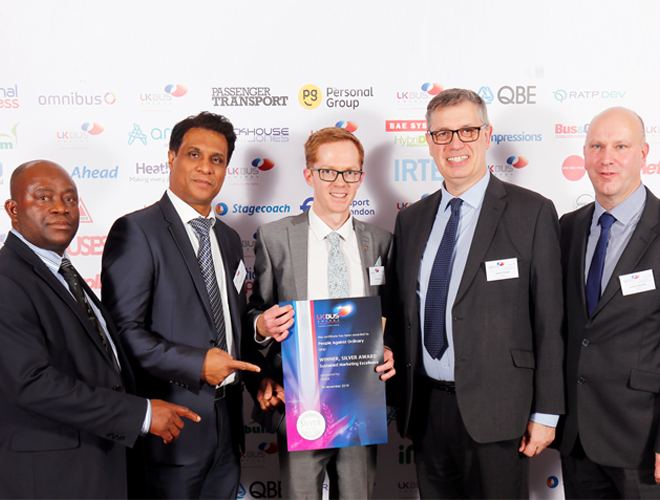 Uno, the bus company owned by the University of Hertfordshire, has picked up a silver award in the bus industry’s UK Bus Awards. The award for Sustained Marketing Excellence was presented for the company’s ‘People Against Ordinary’ scheme that’s been the driving force behind many of the improvements Uno has been delivering in recent years.

The UK Bus Awards is an annual scheme that recognises, rewards and inspires the very best of the country’s bus operators – Uno was thrilled to have been finalists for four awards in total.

Jim Thorpe, Managing Director of Uno, says, “I’m thrilled for the team at Uno to be recognised with this award. PAO has really helped transform our business in the last few years with new buses and eye-catching branding, a much stronger focus on customer service at every level of the business and internal recognition for staff who go above and beyond.”

starts Monday 20 April on all routes

Most routes restart and new times on others, starting 14 June